Are we what we absorb? 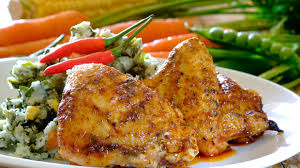 An old natural belief states that all disease starts in the gut and there may be some truth to this. So how is your gut looking, definitely pear shaped, a rounded tyre, or pot belly, and exactly who is to blame? What is a healthy digestive system? A healthy digestive system is one that is capable of processing and absorbing the nutrients from the food we eat, is essential to living a healthy disease-free life.

In many ways, the daily food for many South African families can be traced to the indigenous foods that their ancestors ate. A typical meal in a South African family household that is Bantu-speaking is a stiff, fluffy porridge of maize meal commonly called “pap,” and very similar to American grits with a flavourful stewed meat gravy. Traditionally our rural families and even many sub-urban ones very often ferment their pap for a few days — especially if it is sorghum instead of maize, giving it a zesty tangy flavour. Notably the Sotho-Tswana call this fermented pap, “ting.”

Vegetables that are often served are some sort of pumpkin, the varieties of which are indigenous to South Africa. Rice and beans have become very popular even though they are not indigenous. Interestingly another common vegetable dish, which arrived in South Africa with its many Irish immigrants, and has been adopted by local South Africans, is shredded cabbage and white potatoes cooked or fried.

For many of the South African nation, the centre of any meal is the meat. Looking back at history the Khoisan ate roasted meat, and dried meat for their later use. Influence of their dietary habits is reflected in the universal Southern African love of a barbecue, more commonly called by its Afrikaans name, as a “braai” and biltong (which is a dried preserved meat). As the past depicts, men kept cattle as their prized possession in the rural areas, as local South Africans definitely have a preference for beef.

Today, most local South Africans enjoy not only beef, but mutton, goat, chicken and other meats as a centre piece of a meal. Over the weekends, many South African families, especially the more westernised kind enjoy braai-ing and socialising and the meal usually consists of “pap and vleis,” which is maize porridge and grilled meat. Eating meat even has a ritual significance in both traditional and modern South African culture.

Traditional weddings, initiations, the arrival of family members after a long trip and other special occasions, you will see families buy a ‘live’ animal and slaughter it at their home, and then prepare a large meal for the community and /or its neighbourhood. The participants often say that spilling the blood of the animal on the ground pleases ‘deceased ancestors’ who invisibly gather around the carcass.

On holiday weekends, entrepreneurs will set up pens of live animals along the main roads of more rural townships, mostly sheep and goats for families to purchase, slaughter, cook and eat. Beef being the most prized meat, for weddings, affluent traditional families often purchase a live steer for slaughter at home.

Vegetarianism is often met with puzzlement among traditional South Africans, although most meals are served with vegetables such as pumpkin, beans and cabbage. Foreign visitors should be warned that South Africans are so carnivorous that inviting South Africans to dinner and serving a vegetarian meal may be interpreted as an insult, unless you invited a handful of sophisticated westernised urban folk.

Over the years traditional South Africans have been led to rely more and more on expensive, industrially processed foodstuff like wheat flour, white rice, mealie meal and white sugar. This is due to urbanization coupled with governmental close control over agricultural production since the late nineteenth century. Before the arrival of crops from the Americas, pap was mostly made from sorghum a much healthier option; but maize is much more prevalent today. Often these foods were imported or processed by entrepreneurial wholesalers, mills and factories. The sad consequence was to drastically restrict and reduce the range of ingredients and cooking styles used by indigenous cooks.

On the other hand, some imported food plants (maize, tomatoes) have expanded the dietary range of indigenous cooks. Maize being the most significant in South Africa has been integrated to such an extent into the traditional diet that one often assumes to be an indigenous plant.

Over recent years other varieties of foods like chicken, limes, garlic, ginger, chili, tomatoes, onions and many spices have gain popularity in our modern African society.

South Africa is known for its significant “eating out” culture. There are a number of restaurants that specialize in traditional South African dishes or modern interpretations of such. Other restaurants featuring cuisines such as Moroccan, Chinese, West African, Congolese and Japanese have sprung up over the last decade may be found in most major cities and many of the larger towns. In addition, to this there is also a large number of home-grown restaurant chains, like Spur and Dulce Cafe.

There is a mushrooming of fast food restaurants in South Africa. International players such as McDonald’s and Kentucky Fried Chicken (KFC) are active in the country, they face stiff competition from local chains such as Nando’s and Steers.

The South African food industry needs to face up to its responsibilities in tackling the obesity epidemic. With one billion overweight adults and a staggering 300 million cases of obesity worldwide, this figure will rise to 1.5 billion by 2015 unless all parties, including the food industry, take action now. Locally in South Africa 68% of the population is overweight and 33.5% are considered obese.

New findings highlight that chefs’ and operators are not meeting their guests’ needs. The latest food surveys show that Guests want the best of both worlds – healthier options on Menus (66%) and a treat when eating out (72%). However, most healthier options are considered to be second rate, less appetizing (43%) too expensive(57%) and not very filling (45%).

‘Seductive nutrition’ is a new approach to menu design which nudges guests to choose healthier options when eating out, recommended by Unilever Food Solutions to address this “eating out” culture mismatch. When South African were asked what changes they would like eateries and restaurants to make, the most popular six requests were:

Gingko, an establishment in Parkview which bases its entire philosophy on that of providing good food that gives pleasure to the senses and sustenance to the body. They state that their food is prepared using fresh, whole ingredients of the best quality. Perhaps this restaurant is worth a visit.

Overweight and obesity pandemic is a major global public health concern and statistics in South Africa are alarming – more than 70% of women, and 45% of men are overweight or obese. A huge contributory factor is that many South Africans eat food that is prepared outside the home – in restaurants, take away establishments and canteens. Of course these foods are unhealthy and are typically large portions, high in fat, salt and sugar and low in fibre. As a result many people live in environments that promote the development of obesity as well as conditions such as hypertension, diabetes and high cholesterol.

Attaining a healthier lifestyle requires wise choices when eating, including food prepared away from home. The elements of a healthy diet are fresh food, unprocessed food without additives, and a good balance of protein, carbohydrates and fats. We need to eat some cooked food and some raw food each day.

It is best if we can eat some protein at each meal. Breakfast examples can include eggs, baked beans, cottage cheese, ricotta or sardines. These can be eaten with a slice of good quality bread.

If you prefer to eat cereal, try to eat a good one without added sugar. Sprinkle it with LSA (a mix of ground linseeds, sunflower seeds and almonds) for added protein and add soy milk. If you don’t like soy milk try rice milk, this goes very well with cereal with its slightly sweet flavour.

Lunch is a good time to eat some fresh salad. Bring a selection from home and eat with a can of tuna, sardines or a small amount of feta or cottage cheese. If you are really hungry add a couple of slices of good healthy bread. If you absolutely don’t have time to bring your lunch from home you can buy salad, but buy it plain, not covered with mayo. If you want to add a bit more flavour, squeeze over some lemon or lime juice or add a bit of balsamic vinegar.

For dinner at early evening eat a good range of freshly cooked vegetables, a small portion of a starch of some kind, such as potatoes, rice or pasta. Add some fish meat or chicken. Eat at least three pieces of fruit per day. If you have a basic nutritious diet you can afford to share those rare special occasions for celebration and indulge a little with eating cake, desserts and having a few drinks. After all, staying happy and not feeling deprived is an important factor in good health.