For thousands of years humans have utilised plants for healing mind, body, and soul. Some of these plants such as Iboga have emerged as strong teacher plants, and highly recognized for spiritual development and as sacred medicine in healing the deeply spiritual aspects of our being.

In the equatorial regions of Africa people have traditionally worked with the tabernanthe Iboga plant as an herb of initiation and as a rite of passage into adulthood for centuries. The role of Ibogaine in the West can only be complete when taking the spiritual aspects of the medicine into consideration, as well as the fact that Ibogaine possess other neurological and psychological benefits.

Iboga, the plant, or Ibogaine the HCL salt extract of the rootbark of the Iboga tree was initially used by the Bwiti Tribe of West Africa for millennia. Ibogaine is an isolated active alkaloid from the root bark of the central West African shrub tabernanthe Iboga.

Today its properties are being purported as a profound treatment to prevent opiate withdrawal. Leading research and academic studies have shown that Ibogaine is an effective addiction interrupter for numerous substances including heroin, methadone, methamphetamine, cocaine, alcohol, and nicotine.

Here in South Africa the Magalies Ibogaine Wellness Centre (MWC) has been using Ibogaine, a psycho-active plant, for curing many an illness including Addiction, Depression, Anxiety, Skin Conditions, the onslaught of Alzheimer’s, MS, Parkinson’s and PTSD, for which there has been a poor or non-existent prognosis until recently.

Anso Taljaard is MWC’s resident Clinical Psychologist, registered Hypnotherapist and Program Director who has 20 years of experience in private practice. Anso completed her Master’s thesis on the healing properties of psychedelics, specifically LSD at the University Of Pretoria (TUKS) in 1995, when the topic was a rather taboo one, at that time.

Ibogaine’s superior properties include interrupting addiction, eliminating cravings and withdrawals and resetting the brains neurotransmitters, as well as resetting the physical body’s normal homeostasis in the process. It is the only substance or more aptly medicine teacher plant known to man that is able to do this profound ‘reset‘ which facilitates a physical, emotional and spiritual cleansing. Ibogaine detoxifies the body, mind and spirit.

The MWC have treated more than 180 patients in the past year and a half with a 95 percent plus success rate. Illnesses treated range from Addiction, Substance Abuse, Alcoholism, PTSD, Alzheimer’s, Bipolar, Migraines, Skin Conditions and many more. Interestingly conventional ‘rehabs’ have a shocking 2-8 percent success rate.

The MWC is situated on a Wildlife Sanctuary about an hour’s drive out of Gauteng, neatly nestled in the Magaliesberg mountain range, one of the oldest historical locations on the planet. It is approximately a 40 minute drive from The Cradle of Humankind Heritage site in the North West province.

The MWC have created a framework for treatment that includes pre and post treatment preparations for safety and effective completion. Treatments are monitored by experienced Ibogaine facilitators. Patients undergo a liver and kidney function test as well as a heart stress ECG at their local GP prior to admission. This is to ensure the patient is in good health and to eliminate any potential health risks.

Arrival at the centre is from 16h00 in the afternoon, this is to facilitate the Ibogaine flood-dose treatment on the first night of admission. A full psychological evaluation is carried out once the patient has settled in, here the Clinical Psychologist, provides full feedback after recovery from the 36 hour experience. A wealth of information into the psychodynamics of the individuals’ mental and emotional state in revealed by projective techniques utilised.

Flood-dose treatment is calculated per body weight, vitals are checked every 30 minutes until patient is stabilised, then on the hour dose up to ‘flood’ level. Generally the first 6-8 hours produces oneirogenic effects, or a visionary state, basically stimulating an ‘awakening dream’ state.

WMC’s Medical staff are standby 24/7 in case of any emergency should the need occur as its physical effects may include ataxia, nausea and vomiting, sensitivity to light, sound and tremors.

On the second day the patient usually sleeps and rests while the Ibogaine works its magic in the body for the next 36 hours, this is termed as the grey-day. Towards the late afternoon of the second day the patient wakes up and can feel the enormous beneficial impact that the Ibogaine has on their system.  A feeling of profound wellness, new energy, drive, enthusiasm and a renewed zest for life is experienced. Most patients report that they literally feel 20 years younger and this continues to be the case months after this astounding holistic treatment.

The Ibogaine teacher plant effects are immediate and long lasting, in some cases it has been reported to stay in your system for up to 8 years. The positive long lasting effects will be felt every day and for months afterwards. Many patients have reported new insights, releasing of emotional blockages and much more in months that follow the initial treatment.
MWC have also begun micro-dosing with the rootbark and HCL with great success with patients that were not able to do the flood dose. The Ibogaine micro-dosing has the same effect as it builds up in the system.

The Magalies Wellness Centre invites anyone interested to visit the facility by appointment to have a chat to over lunch or a coffee. Cultivating the art of living allows us to now experience these actions more consciously. This offers us as humans an opportunity to evolve and tap into a more profound way of living from a place of self compassion and humility.

Witnessing an Iboga exhibit is incredible and intelligent in its actions. This teacher plant knows exactly what each individual can handle at any given moment. Some are treated gently, while others are pushed beyond the edge of their comfort zone, and asked to face difficult issues at the very core of their being.

We are divinely asked see ourselves in our wholeness, leaving behind notions of good and bad. Empowering ourselves to actually see the true consequences of our actions. No longer do we need to react to situations based on habitual responses programmed by our past experience. Freedom is born in the present moment to be interconnected with our true beings and the whole of creation. 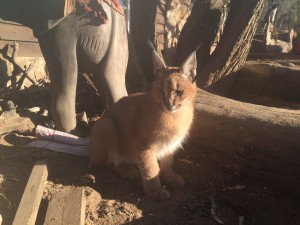 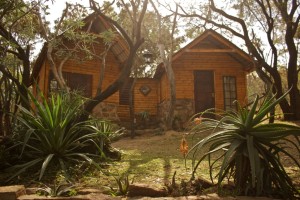 Iboga has been used by people with:

The Global Ibogaine Therapy Alliance (GITA) is a non-for-organisation dedicated to supporting the sacramental and therapeutic uses of iboga, as well as its alkaloids and their analogs, through sustainability initiatives, scientific research, education, and advocacy.