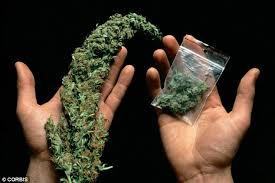 Cannabis has been a companion plant to humankind for millennia, fulfilling roles for everything from clothing and food to medicine and spiritual sacraments. Only since the last century have we seen a fierce prohibition enforced on both the plant and its use.

Now, we are beginning to witness Cannabis’ reintegration back in to main stream society. This does however create a conundrum for long misinformed medical professionals, traditional healers, caregivers and the public who are still likely unaware of the plants tremendous potential.

Cannabis, like several other herbal medicines, has been scientifically proven to be effective in the treatment of a number of ailments, including cancer, and yet it remains illegal in South Africa.

Many African people utilise indigenous medicines for a myriad of ailments, this includes the use of cannabis to treat cancer. Non-communicable diseases such as diabetes and cancer are now on the rise especially amongst the African people.

The use of conventional (allopathic) western medicine as a modality of treatment represents an insurmountable financial burden for the majority of African governments, including South Africa. Therefore the majority of people are propelled to turn to traditional herbal plants such as cannabis.

The South African government, through its Department of Science and Technology (DST), has developed a bio-economy strategy which is aligned to its National Development Plan (NDP) and its ten-year innovation plan. The innovation plan looks to address social, economic, scientific and technological challenges through innovative research.

Using the ‘Farmer to Pharma’ principle and value chain to build a sustainable bio-economy, South Africa aims to become a leading country in biotechnology and pharmaceuticals developed from indigenous resources.  Cannabis is one such plant which has been part of South African life for hundreds of years.

There are growing numbers of sick people who are denied medical cannabis in South Africa, and yet they find it to be less toxic, more useful and cheaper than legally available medications.   Cannabis is said to be less toxic than almost any medicine in the pharmacopoeia.

The use of cannabis in curing several ailments, of which cancer is one, is one of the most difficult conundrums for experts from various fields, including the science, medicine, social and legal fields.

Cannabinoids are currently at the centre of one of the most exciting and yet underreported developments in medical science. Research has discovered a molecular signalling system in the human brain and body called the endocannabinoid system. This system regulates a broad range of physiological processes, including body temperature, blood pressure, bone density, circadian rhythms, hunger, intestinal fortitude, inflammation, mood and stress. There are over 15 000 peer-reviewed articles on the chemistry and pharmacology of cannabis and cannabinoids, and over 2 000 peer reviewed articles on the human body’s natural endocannabinoid system.  Cannabinoid science research is literally exploding.

South Africa is perhaps one the worst country’s affected by the stigma and bold propaganda of a prohibition which remains at odds with our globally celebrated Constitution. Fortunately the times are changing when it comes to our legal framework and its relationship to cannabis there are exciting developments taking place. National published news shone a spotlight light on our nation, documenting possible policy changes that may mark a shift towards a more progressive stance on its use.

Progress has quickened on both the recreational and medical fronts.  A local non-profit company, Fields of Green for ALL, has gathered leading local and international Cannabis experts to host a one day convention this August which will bring much needed knowledge and understanding to a country in desperate need of more than just last yester year’s anti-dagga pamphlets to rely on.

The Clinical Cannabis Convention will build on matters challenging the constitutionality of Cannabis arrests in “The Trial of the Plant”, scheduled for August 2017 at the Pretoria High Court. The Trial and Convention will expand on a judgment made earlier in 2017 by The Cape Town High Court to allow for the home use of Cannabis based on the human right to privacy.

The Medical Innovation Bill recently announced in Parliament brings cannabis into discussion and more in line with international changes. Issues arising from the Bill will serve as important guidelines for the law and policymakers during the process of reform, and this will help to take South Africa forward. The convention aims to inform drug policy to facilitate and expedite the use of medical Cannabis for terminally ill patients.

It will be an opportunity for all medical professionals, herbalists, healthcare workers, traditional healers, caregivers and patients to gain valuable insights into the dynamics of the plant, while allowing the orientation of business and the public to network with all those who are interested in the future of Cannabis in South Africa.  With the endorsement of the Health Practitioners Council of South Africa (HPCSA), the convention has been accredited for 3 Clinical and 6 Ethics CPD Points, while Allied Health Practitioners will be accredited with 8 CEUs for attendance.

We spoke to Myrtle Clarke, CEO of Fields of Green for ALL, to find out more about the convention and it significance. “We have planned a day of Cannabis education to inform South Africans about the latest scientific findings and about the responsible use of Cannabis.  Local and international Cannabis experts will speak about the therapeutic implications of the Endocannabinoid system, the effects of consuming Cannabis and further how it can be used as a tool for healing.  Inclusive of topics relating to the legitimacy and practicality of the Cannabis trade, as well as ethical considerations will also be discussed.”

She added that, “It is an opportunity to gain first-hand knowledge on the dynamics of Cannabis from doctors, professors and other experts who have been in the trenches for decades. It will be an invaluable opportunity to precious insight into a fast emerging industry.”

International speakers at the convention include Prof. Donald Abrams, a leading integrative oncologist, and Prof. David Nutt, psychiatrist and neuropsycho pharmacologist. Both of whom are well respected authorities on Cannabis and broader drug policy reform. Local speakers will include various doctors, hemp professionals and attorneys who will discuss the potential barriers and ethics that we can expect to foresee in South Africa.

Prohibition of Cannabis undeniably stands in the way of a safe ecological future for Mankind.

Small and intermediate communities would enjoy a re-birth of prosperity, initiative and productivity. By implementing The CBEE, every village and town has the potential to achieve self sufficiency in energy, food and resources, including those people now suffering deep deprivation across the continents of the Third World. Large-scale industry and cities would all benefit from increased energy supplies at considerably lower prices.

Cannabis is also utilised for a myriad of non-combusted purposes, such as superior inexpensive building materials, absorbs atmospheric carbon which is stored, not re-released.  Cannabis used in this way, permanently subtracts from the quantity of carbon dioxide in the atmosphere, thus further reduces the ecological footprint

Looking forward South Africa can definitely begin by legalising the medicinal use of cannabis. The NDP 2030 framework for migration to a green economy is a good starting policy, based on which cannabis can be legalised for broader use medicinally and for the alleviation of poverty and the subsequent industrialisation thereof be encouraged.

Cash strapped individuals and groups are encouraged to request a ticket discount by simply sending a short motivational email to ccc@fieldsofgreenforall.org.za