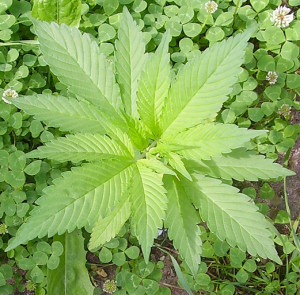 What you’ve been told and what you should have been told. For decades we have been exposed to very little actual information about cannabis. It’s been a pretty taboo subject, with the only significant discussion being about its claimed harm to our society and how further to stamp out its use. We have however finally have come to point where we can no longer afford to ignore what this amazing plant can do for us.

Let us first clear the smoke surrounding what cannabis is. We most commonly know cannabis as dagga or marijuana, or by its industrial name hemp. The spread of cannabis’ names gives us some indication of its versatility and the history of the plant. Hemp is a variety of cannabis that has been specifically bred to exclude cannabis’ psychoactive ingredient, THC (tetrahydrocannabinol). While names such as dagga and marijuana were simply a case of mistaken identity, each originally referring to completely different plant species.

These names have however stuck and continue to be some of cannabis’ many pseudonyms. Whatever we choose call it, the relationship remains the same. The cannabinoids in cannabis go hand in hand with the cannabis receptors throughout our nerve system, a relationship that continues to benefit and aid us today. As we trace mankind’s path throughout history we are constantly reminded about how much we have relied on cannabis through the ages, its roots permeating through the very foundations of mankind. Cannabis has been a companion to us since the Stone Age. From uses such as clothing, food and shelter through to its medicinal and spiritual uses, there is little use we have not found for this immensely versatile plant.

Notably in the history of cannabis we find that it was first documented as a medicine nearly five thousand years ago in the Chinese Pharmacopeia and its Hindu name “Sacred Grass” in the three thousand year old sacred text Atharvaveda (Science of Charms) gives us insight into why it was one of the five sacred plants of India. Name any of our ancient or present civilizations and the chances are that cannabis would have played a constructive role in its society. When last do you remember a presidential election in the United States of America in which the winning candidate hadn’t conceded to partaking in the herb… even when it may have been in the absence of inhaling? There is no disputing cannabis’ relevance to our history, but what significance does it now hold for our present and our future?

In an imperfect world, one of the hugest casualties is those who suffer from not only cancer or AIDS, but also the treatment thereof. It’s easy to take for granted the effects cancer and many other ailments have on us unless you have encountered them first hand. The effects of any illness are seldom limited to just the physical effects, as quality of life can often become the hugest obstacle for those suffering from a crippling or inevitably deadly illness. Could cannabis be the key to providing healing and emotional relief to our bleeding world?

Is cannabis still the medicine that it has been for 99.99% of our history? Unfortunately the answer to this question remains somewhat inaccessible due to the legal status of cannabis throughout the world, illegal, the biggest obstacle being the Federal Government of the United States of America’s view that cannabis holds no medicinal value whatsoever, thereby placing it as a Schedule 1 drug… the equivalent of heroin.

This policy found its place amongst the Unites Nations members fifty years ago and a quest began to regulate and hunt cannabis into oblivion. In short, on the top shelf and out of reach of those who wish to scientifically study the true benefits of this ‘forbidden’ fruit. Fortunately progress has not stopped for the sake of formalities. Studies into the beneficial uses of cannabis now abound.  What are these studies telling us though? Surprisingly, the same thing that our ancestors have been telling us…cannabis works! The tools now at our disposal have unlocked many of cannabis’ hidden secrets. We know that the evidence supports using cannabis to treat pain, particularly of neuropathic pain (pain from nerve damage), nausea, spasticity, glaucoma, post-traumatic stress and movement disorders. Cannabis is also a powerful appetite stimulant, specifically for patients suffering from HIV, the AIDS wasting syndrome, or dementia.

Emerging research suggests that marijuana’s medicinal properties may protect the body against some types of malignant tumours and are neuro-protective.  The conclusion of the British House of Lords Select Committee on Science and Technology in 2001 was, “We are concerned that the MCA [Medicines Control Agency] approach to the licensing of cannabis based medicines place the requirements of safety and the needs of patients in an unacceptable balance. Patients with severe conditions such as multiple sclerosis are being denied the right to make informed choices about their medication”.

There is always some risk in taking any medication, but these concerns should not prevent them from having access to what promises to be the only effective medication available to them.  We also know what we’ve long suspected; although cannabis is safer to smoke than tobacco, it is not ideal to be inhaling any form of hot smoke. Not to be deterred from helping us there are healthier and more effective means of ingestion, cannabis can be eaten raw, vaporised, used as a topical ointment, brewed as a tea or cooked into butter. Even when smoked, it has been proven that cannabis use does not lead to increased chances of lung cancer or any adverse health effects.

The only real risk of using cannabis being that it could lead to imprisonment or a criminal record. There then certainly are a lot of questions to then be answered about why cannabis has not been legally been acknowledged for the medicine it is or why people are being arrested for dealing in and using a substance which is no more harmful than coffee.

Oddly, cannabis is somehow filtering through the pharmaceutical company channels and the point is being silently conceded. United Kingdom based GW Pharmaceuticals’ oral mouth spray Sativex is a cannabinoid medicine for the treatment of spasticity due to multiple sclerosis which is also in development in cancer pain and neuropathic pain of various origins.  Sativex has so far been approved for use in the United Kingdom, Spain, Germany, Denmark New Zealand and Canada. What stands out about Sativex though is that it is made from the actual plant, not some knockoff synthetic version of the selective chemicals in cannabis.

The classic pharmaceutical synthetic silver bullet approach had originally been taken with Marinol (Dronabinol), a product which has essentially flopped due to its high price and poor results with patients who found the real deal to be more effective. The time has come to discard the misconceptions surrounding cannabis use. It is neither a gateway drug nor physically addictive. It is not the devil weed we have been led to believe it is. The mist surrounding cannabis use, whether recreational or medicinal, is dissolving in the morning sun, leaving us to only see virtue and versatility in this plant. The question is no longer about what cannabis can do for us. The question now is what can’t cannabis do for us?